New Century and Integrity Plus Blog

This month, we are celebrating our 25th anniversary! We are so grateful for the opportunity to provide best-in-class software and services to ensure safety and reliability in the oil and gas industry over the past quarter of a century. We look forward to many more years to come. Let’s take a look back at some highlights and fun snapshots over the last 25 years!

Planning for Interactive Threats: Part 2 of 2

When putting together an Integrity Management Plan (IMP), we know to consider individual threats, but what about threats that interact together to increase risk? The concept of interactive threats and how to address them has perplexed many operators. There are many reasons for this confusion, such as a lack of prescriptive language in regulations, a lack of clarity in reporting the root cause for pipeline incidents, and a lack of general information concerning interactive threats.

Ready or not, the holiday season is upon us! As we prepare to dive into the madness of feast prepping, gift buying and traveling, we thought we would offer a fun little reprieve from all the holiday madness with a game of Turkey Day Bingo!

Holiday Celebrations Across the USA

It's the most wonderful time of year! Check out some of the most renowned holiday displays & celebrations in the nation!

Analyzing Scrum and Other Methods of Agile Development

Most software development professionals have at least heard of Agile development, and likely utilize one (or a combination) of its methodologies. Although Scrum is arguably the most popular implementation of Agile development, many erroneously consider Scrum and Agile to be one in the same. We know this can be confusing, so this post will help you better understand what Agile development is, and what differentiates Scrum from other Agile frameworks.

Planning, Preparation and Prevention: Pipeline Safety Before, During and After a Hurricane

June through November are known as the Atlantic Hurricane Season; and according to PHMSA, the Gulf Coast supplies 18% of the oil and 6% of the natural gas produced in the US. Production interruptions caused by hurricanes are capable of triggering supply shortages to Gulf Coast refiners, and a subsequent rise in gasoline prices.

The Houston-area is recovering from the devastation Hurricane Harvey inflicted just a few weeks ago, while Florida attempts to re-build after Irma roared through, with Jose right on her heels. Although Jose is projected to remain out at sea, hurricanes can be very unpredictable, leaving an uncertain future for the East Coast.

Keeping our customers in the know about our software is of utmost importance, so based on requests from our user community, New Century Software has started publishing a quarterly support bulletin.  The goal is to keep you, the user, informed of our release plans, software updates, and compatibility with utilized third-party software.

Managing and analyzing pipeline assessments and planning for anomaly remediation can be complicated. When all of your information is spread out amongst multiple spreadsheets or applications, it can be difficult to stay on top of it all. Break free of the spreadsheets and discover the time-saving, transformative impact of InTrack, the new foundation of ILI Data Management.
END_OF_DOCUMENT_TOKEN_TO_BE_REPLACED
0 Comments Click here to read/write comments 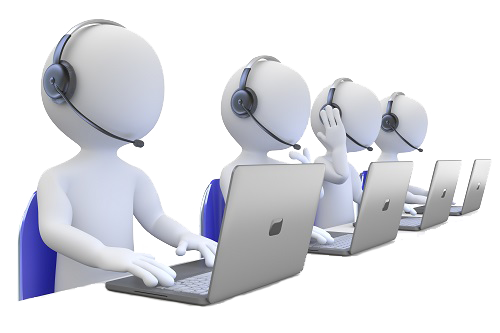 When questions or issues arise, we want to make sure that you get connected to a help resource quickly! We have an amazing Support team that is here to help, but we also have some other resources that you can utilize for quick answers.